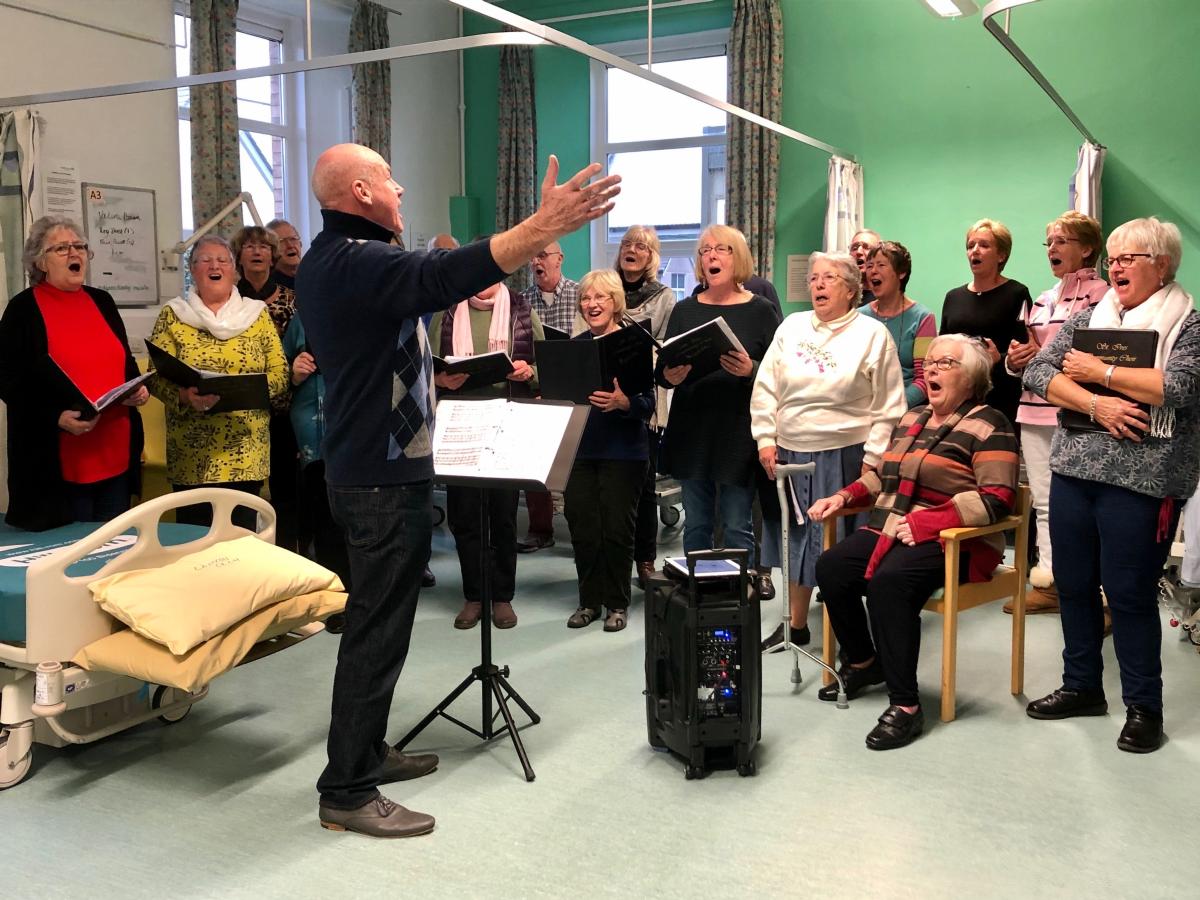 The St Ives Community Choir has raised funds for the Stroke Association after choir member, Steve Bassett, suffered a stroke. The choir will perform and present a number of cheques to Lanyon Ward at Camborne Redruth Community Hospital (CRCH) on Friday 22 November at 2pm, to say thank you to the staff.

Steve will join 18 to 24 members of the choir, as well as another former patient, Joan Symons, who will perform for patients, staff and visitors, where they will hopefully encourage everyone to sing along.

‘I never, ever thought I’d be a person to have a stroke,’ Steve commented. ‘I’ve been fairly fit my whole life, so I never thought this would happen. This is to say thank you for the way I was looked after and the way I was treated. I want it to bring awareness to people that things can be done after a stroke.’

Steve had his stoke in February 2017, where he was left paralysed on his left side. His recovery took place on Lanyon Ward where he spoke very highly of the ‘absolutely fantastic’ staff that took care of him, and of his Stroke nurse, Aimee who he said ‘helped me get to where I am today.’

12 months after his stroke, Steve’s wife bought him a set of water colours and he took up painting – something he had never done before.

Steve will personally present an additional cheque of £250 to the hospital from paintings he has sold, as well as donating four framed paintings which he has done whilst in recovery.

Steve commented: ‘I realise how lucky I am. When you’re on a stroke ward you realise what it could’ve been like. I still can’t walk properly and I don’t have full use of my left side, but I realise I’m very lucky. If the paintings can give inspiration to one person, I’d be over the moon.’

More people are surviving strokes than ever before, but it is still one of the leading causes of death in the UK.